I'm happy to announce that we have released Murder Mystery BETA version ready for player testing! This is our second MiniGame in a row, built on our own open-source engine called Gamesys.

How this minigame works?

The point of the game is to survive.

If you are the murderer, you need kill all innocents including detective to win, you will receive an iron sword.

If you happened to be a detective, you'll receive a bow on the start of the game, this bow support reloading every few seconds, and you need to shot the murderer, if you shot the wrong player, you die too.

Most of the time, you will be probably innocent player, you will have no items, so you need to search map for Golden Minerals, if you take 10 golden minerals, you'll receive a bow and an arrow and you are ready to kill the murderer.

We have currently 4 maps available
Devil's Eye - Nether map with fire, lava, houses
Village - Literally the most beautiful map where you can murder players
Mars Base - The base complex on Mars planet
Spaceship - Futuristic spaceship in the dark universe 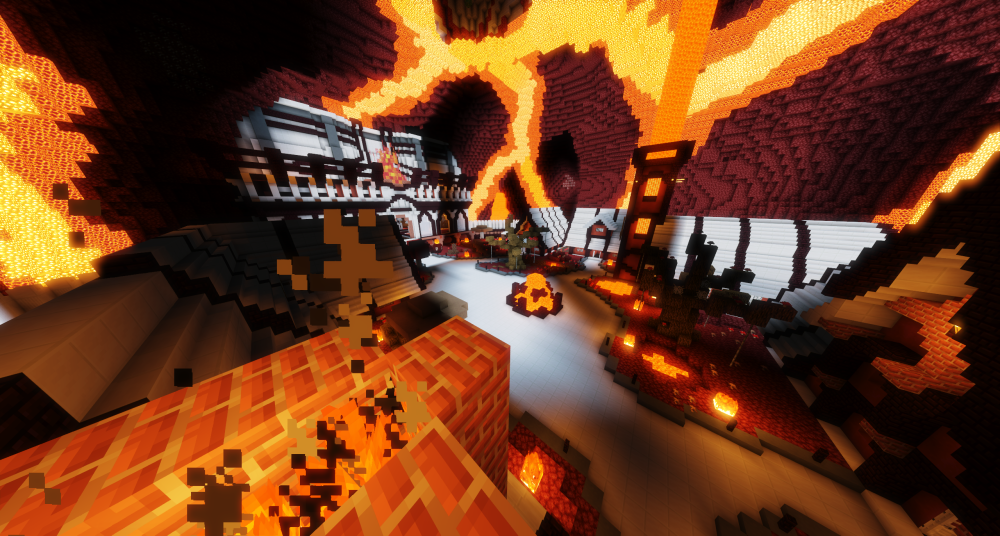